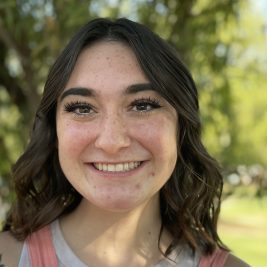 About Emily:  Emily attended the Seed from time she was 18 months old through 5th grade.  Emily was one of the original toddlers in the Seed’s toddler program, taught by her mom, Sarah Balluff, and Kerri Tornow.  She is the first second generation alum to be on the Seed staff.  The most important thing that Awakening Seed brought her is friendships and how to be respectful.  Emily is still friends with some of her classmates from the Seed.  She likes working at the Seed because everyone is really friendly and exciting to be around.

Education:  Emily is a 2017 high school graduate.  She has been a student at Mesa Community College, and plans to return there soon.

Free Time:  In her free time Emily likes to be with friends, go on hikes, and eat food. 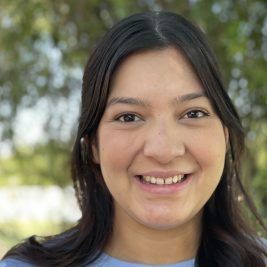 About Alex: Alex is an Arizona native. This will be her fourth year assisting at the Seed. She’s been around the Seed’s community for years and values the philosophy. Alex is excited to be behind the scenes now in the Toddler 1s room and cannot wait to grow alongside the toddlers. Alex will also be co-leading the toddler after school group.  She has always loved taking care of children, and began babysitting/nannying for families, including Seed alumni, at a young age.
Education: Alex graduated from Marcos De Niza and went straight to cosmetology school. She is currently working towards earning her associates degree.
Free time: Alex has a daughter and son of her own and loves to spend every second of her free time with her family. She has a passion for all things music.  From singing to songwriting, she loves it all! 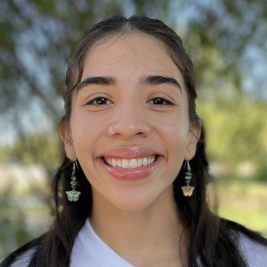 About Anyssa:  Anyssa is a native of Arizona. One fun fact about her is that she grew up on one of the small farms down the street from the Seed. She is also a Seed alum. She has been fortunate to remain close friends with families from the Seed and they have become like a second family to her.  Anyssa loves children and loves to spend time watching and playing with her baby cousins.

Education:  Anyssa loves learning.  She graduated from Moutain Pointe High in 2021, and then continued her education by becoming a licensed yoga instructor.

Free time:  Her hobbies are practicing and teaching yoga, helping her grandparents with their animals, carefully tending her plant babies, roller skating, spending time with her doggies, and exploring Arizona and its beautiful sights (she especially loves Sedona and the Rim country).  Anyssa is happiest when she is spending time and making memories with her family and friends. 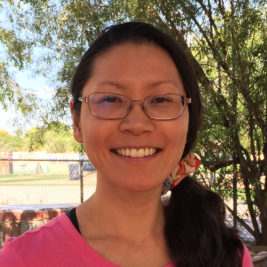 About Saki: Saki was born and raised in Kumamoto, Japan. Her childhood memories are filled with nature play surrounded by rice fields and green mountains. She came into the world of early childhood education during her internship at a transitional housing program, offering music and movement classes for infants, toddlers, and preschoolers sixteen years ago. For the last ten years, she has enjoyed the supporting role of an assistant teacher for the three and four years olds at the Seed. Saki is  thrilled to be teaming up with Sarah and working side by side with all the families to celebrate the children’s play and learning in Early 3s this year! 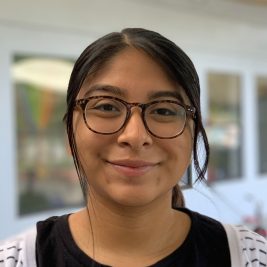 About Alondra:  Alondra was born in California and lived there for a couple of years until her family moved to Arizona. She she had experience working at a tutoring center with kids of all ages. She is in her third year of working at Awakening Seed.  She will be working in the Preschool 3s class and is the proud mama of a beautiful baby daughter, Skarlett.

Education:  Alondra graduated from Verrado High School in Buckeye and now lives in Chandler.  She received her Associate degree from Estrella Mountain Community College in the spring of 2020. She is continuing her education at Arizona State University majoring in Psychology.

Free time:  Alondra likes to go on jogs and also enjoys hiking in the early mornings. 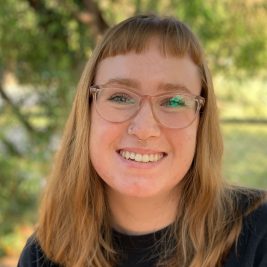 About Lilian: Lilian was born in Pennsylvania and moved to Arizona when she was four. She began kindergarten at the Seed and stayed here until 3rd grade. She is still friends with many of her Seed friends and is very excited to be back as an assistant teacher in the Preschool 4s class.

Education: Lilian graduated from Corona del Sol High School in 2016.  In 2021 she completed her bachelors degree in Creative Writing at Arizona State University.

Free Time: Lilian loves to write, and can always be found reading a book. She also likes to hike, paint, and spend time with her dogs, Naya and Millie.

About: Bryce is a native Arizonan and proud Seed alum, lucky to have been taught by Mary when he was in 2nd grade. Now he is blown away by the opportunity to work in the world’s most caring and forward-thinking school!  His daughter, Ella, started in Toddler 1s the summer of 2017, and both Bryce and Ella have enjoyed every minute. In 2009 Bryce married his dream girl, Katie Gerrich, who has taught choir at McClintock High School in Tempe since 2005. They live in Chandler with their lovable rescue dog, Ice.  Bryce will be teaching PE again this year, assisting in the PreK three days a week, and working a few days after school.
Education: Bryce always thought he would be a teacher. However, in school he was drawn to the allure of the business world and completed his bachelors in business management at the University of Phoenix before pursuing a sales career. Now Bryce is thrilled to return to his true passion and he plans to devote his full-time efforts to helping kids. To continue his learning and growth in this career field, he will be completing his Masters of Early Education with a Leadership Emphasis in Spring of 2023 from NAU.
Free Time: Bryce loves doing anything that interests Ella, and that changes often! On weekends Bryce loves playing and watching soccer. He is a life-long Sun Devils football fan and since 2007 has worked as “spotter” to his broadcaster father-in-law, Tim Healey. Bryce also lives close enough for Sunday dinners and Waffle Wednesdays with his parents, Pat and Stuart, so he gets to thank them often for introducing the whole family to the Seed! 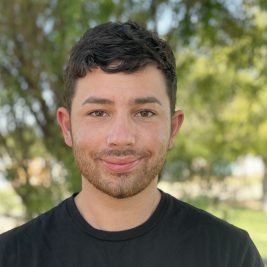 Julian Jacobs
PreK and Kindergarten Assistant Teacher, After School
About
×

About Julian: Julian recently moved from upstate New York to Phoenix, braced for the desert heat. For five years, he worked as a summer lifeguard, supervising children of various ages. This is Julian’s first year as an assistant teacher and he is excited to get to know the students as he begins his new journey in the southwest.

Education: Julian is a recent graduate from Oberlin College and Conservatory in Ohio where he earned a Bachelor of Arts in Environmental Studies and Bachelor of Music in Jazz Drums Performance.

Free Time:  Julian enjoys running, skiing, and traveling and will be on a quest for the best coffee shop in Phoenix.

About Cylie:  Cylie is the second oldest of nine kids, six boys and three girls. Cylie has worked with children as a daycare assistant, a nanny, and as a teacher’s assistant in a special needs classroom. This is Cylie’s seventh year at the Seed, serving as the assistant in Kindergarten, Preschool 4s, and after school staff member. Cylie served as the interim after school director during summers 2017 and 2018, and has been the after school coordinator since the 2017-2018 school year.  She is looking forward to spending time supporting all of the teachers, and leading the after school program. She is a hands-on learner who is always willing to take on anything new.  She enjoys teaching children as well as learning from them.

Education:  Cylie is currently pursuing her Child Development Associate credential, as she wants to become a teacher one day herself.

Free Time: In her free time Cylie enjoys camping, hiking, fishing, and spending time with family and her husband, Josh, and daughter, Kelsea.  She looks forward to her daughter starting in the Toddler 1s class in October. 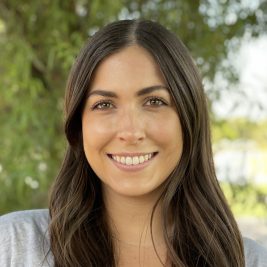 About Peyton:  Peyton is joining us from Southern California where she grew up! Nine years ago she decided to attend the University of Arizona and never went back to California. She graduated from the U of A with a degree in Elementary Education. Since then, she taught for five years, one year as a 5th grade teacher, and the last four as a 2nd grade teacher, before coming to the Seed. Peyton has always wanted to teach at the Kindergarten level, and she is now in her second year as the assistant and substitute lead teacher in the kindergarten class.  She couldn’t be more excited!

Education: Peyton earned her bachelor’s degree in Elementary Education from the University of Arizona.
Free time: In Peyton’s free time she likes to hike with her husband Zach and her two puppies, Jax and Rosie, hang out with friends and family, and relax by a pool (or really any body of water!).

About Hannah:  Hannah graduated from Horizon Honors High School in 2017. She attended the Seed from the age of two through fifth grade, and interned in the Preschool 4s class for many years after she left. Hannah worked in the after school program at Horizon for a year and a half, and started subbing and working in the Seed’s after school program in 2017. The Awakening Seed taught her to be kind and compassionate. She is still friends with many of her Seed classmates.

Education:  Hannah is working on a bachelor’s degree in behavioral health services at Northern Arizona University.