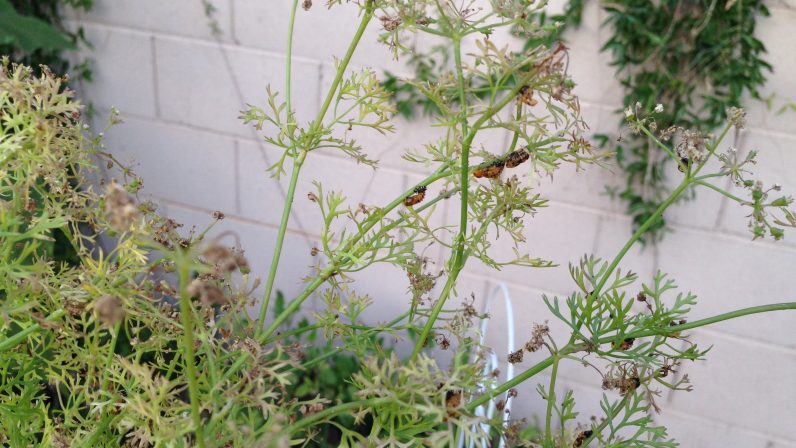 Late Sunday afternoon I was working out in our garden, pulling weeds and dried sunflowers that had completed their cycles.  Most of the really juicy seeds were already picked over by  birds with their hefty appetites and, of course, the visiting rat on April Fool’s Day.  I salvaged the remaining sunflower seeds and even stuck a few in the ground for summer blooming.  I pulled out the last few cauliflower plants, all of which had gone to seed for the benefit of birds and bees.

This time of year comes and goes too fast.  I look at the dried broccoli seed pods and feel like it was just a  few weeks ago that I planted their seeds.  It’s also the time of year when children who were “planted” at the Seed are coming to their fruition point, preparing to burst out of their seed pods to be cultivated elsewhere.  It’s the part of the cycle I have a tendency to try to move through quickly, without much emphasis.  It’s a typical response, not wanting to be as fully present to the hard parts of life, especially those that carry us away from spaces and times we’ve loved.

As I loaded pile after pile of dried stalks, heavily laden with thousands of tiny seeds, I paused to acknowledge those seeds.  In that moment they revealed to me how important it is for them to be able to complete their cycle, to come full circle in their development so they can perpetuate the next generation of garden vegetables.  I stayed with this thought longer than usual, not wanting to rush the teaching I’d just received.

While pondering the dried seed pods, I cleared space for summer growth. I turned to the flowery cilantro forest, which loomed tall, surrounding an artichoke plant I cultivated from a tiny seed.  Wanting to make more room for our artichoke, I started chopping down the cilantro.  Then something caught my eye.  Looking closely, I discovered what happened to the thousands of ladybugs released in the garden last week.  On the cilantro stalks were dozens of ladybug larvae cases, dried up and empty.  The stalks were crawling with freshly born ladybugs, scurrying between leaves, flowers and empty cases.   Another circle completed.   My time in the company of ladybugs and seed pods eased me into the bigger circle about to close in the next six weeks, the circle of children and families.

Admittedly, it’s one of the hardest parts of my job.  There’s nothing fun about saying goodbye to children (and their parents) who have been a big part of our lives at the Seed for years, some of them since they were toddlers.  We say we’ll stay in touch, and many do, yet lives get busy and new experiences await us all.  We have to look a bit deeper for the joyful part. My Sunday afternoon in the garden opened a door to that joy with realization that the circle doesn’t really close— because it’s a spiral.  Each generation of seeds, ladybugs and children is the gift of a future to those who are meant to come next.  The joy lies in witnessing and facilitating the process.