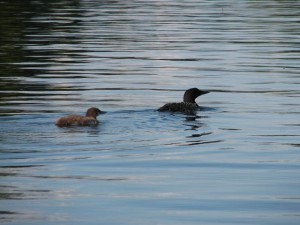 For about a year now I’ve felt inclined to start a blog. I love writing and after over 30 years of teaching and running a school, I’ve discovered I have a few things to say. One of my writing teachers, the late Donald Murray, used to write a weekly column for The Boston Globe. A Pulitzer Prize winner in journalism, Don primarily wrote about the important themes in his life: his sickly childhood, being a poor student throughout his school years, serving in and surviving the war, the death of his daughter, and the aging process with his beloved wife, Minnie Mae. Thinking of my own life this way, the parts you’ll most likely notice as themes are my garden, the Seed, yoga, poetry, my family and friends. The inspiration for this first post took place over the summer when I was in Minnesota with my parents and two of my granddaughters.

I set up a small website for the Seed’s summer program to keep parents informed and to try out blogging. My intent was to describe what was going on at school and summarize each week. The third week I was at the lake in Minnesota and there wasn’t much for me to report about school. So I randomly decided to wing it and wrote about my last evening at the cabin. Sitting by the lake with my 85-year-old father, we talked about life and the loons who would soon be flying to the Gulf of Mexico to the oil-tainted water. Interestingly, I received more feedback on that blog entry than almost anything else I’ve written for the school in the past few years. It was after that I realized what this blog might become.

My intention is to write every week about whatever comes up. It won’t be filled with announcements or requests. Just reflections, observations, and the seeds of possibility. Let me know what you think.