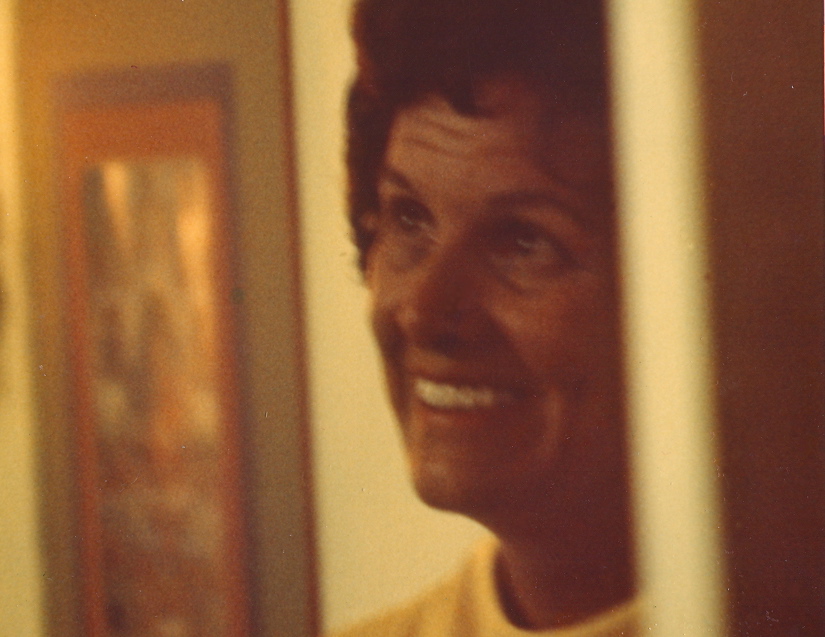 My spiritual teacher of 38 years passed away on Saturday morning.  Her physical body was worn out and it was her time to go.  I sit here writing without sadness, although in the past week I’ve had my share of tears.   It’s been a week of reflection on my life since I moved to Arizona and met Erma Pounds.

In January, 1973, I came to Arizona to visit a friend and never left.  Soon after I arrived (and one of the main reasons I decided to stay), I learned of a spiritual group that was loosely organized and inclusive, two qualities that appealed to me as a 21-year-old in search of spiritual direction.  The group was focused around a teacher who promoted universal brotherhood and celebration of the various pathways that lead to spiritual awareness.  The teacher was an ordinary looking woman who lived and taught in extraordinary ways.  Erma expected much of her students and even more of herself.  She was relentless, controversial, and one of the most stubborn people I’ve known.  She rarely refrained from speaking her mind and insisted, when there were conflicts between students, that they communicate to resolve their differences, often in “the hot seat” in front of others. She was also a living example of generosity, compassion, and kindness.  Erma honored all paths as long as they were respectful of others and used to read us a description of a school where people of all walks of life could come together and be celebrated for both differences and similarities.  After hearing of this school for several years, I commented,  “I’d sure like my children to go to a school like this someday.”  Erma responded with, “Good.  Why don’t you start it?”  That was the beginning of Awakening Seed School.

Over the years I didn’t spend as much time with Erma as I did in the early days.  However, I kept working, making certain the Seed was thriving.  She taught me many lessons in nearly four decades as my teacher.  One of her most important teachings was that spiritual practice and life work are one and the same.  I learned from Erma that my spiritual practice is every moment of my life.  Through her example, I continue to work in service of others, and will do so until I am no longer able.

Eight years ago when I first began my yoga practice, one of my teachers shared a reading that so beautifully expressed the idea of continuing spiritual practice without ceasing until the last breath is drawn.  I believe that Erma did this in her own way until the end of her life.  In her honor, I offer these words from the Sufi poet, Rumi:

“Be thirsty, heart, seek forever without a rest.  Let this soundless longing hidden deep inside you be the source of every word you say.”

As life moves forward, undoubtedly there will be days when my heart wavers.  On those days I will remember my teacher, whose thirsty heart never rested, until Saturday when both she and her breath were finally able to rest.

10 thoughts on “Be Thirsty, Heart”