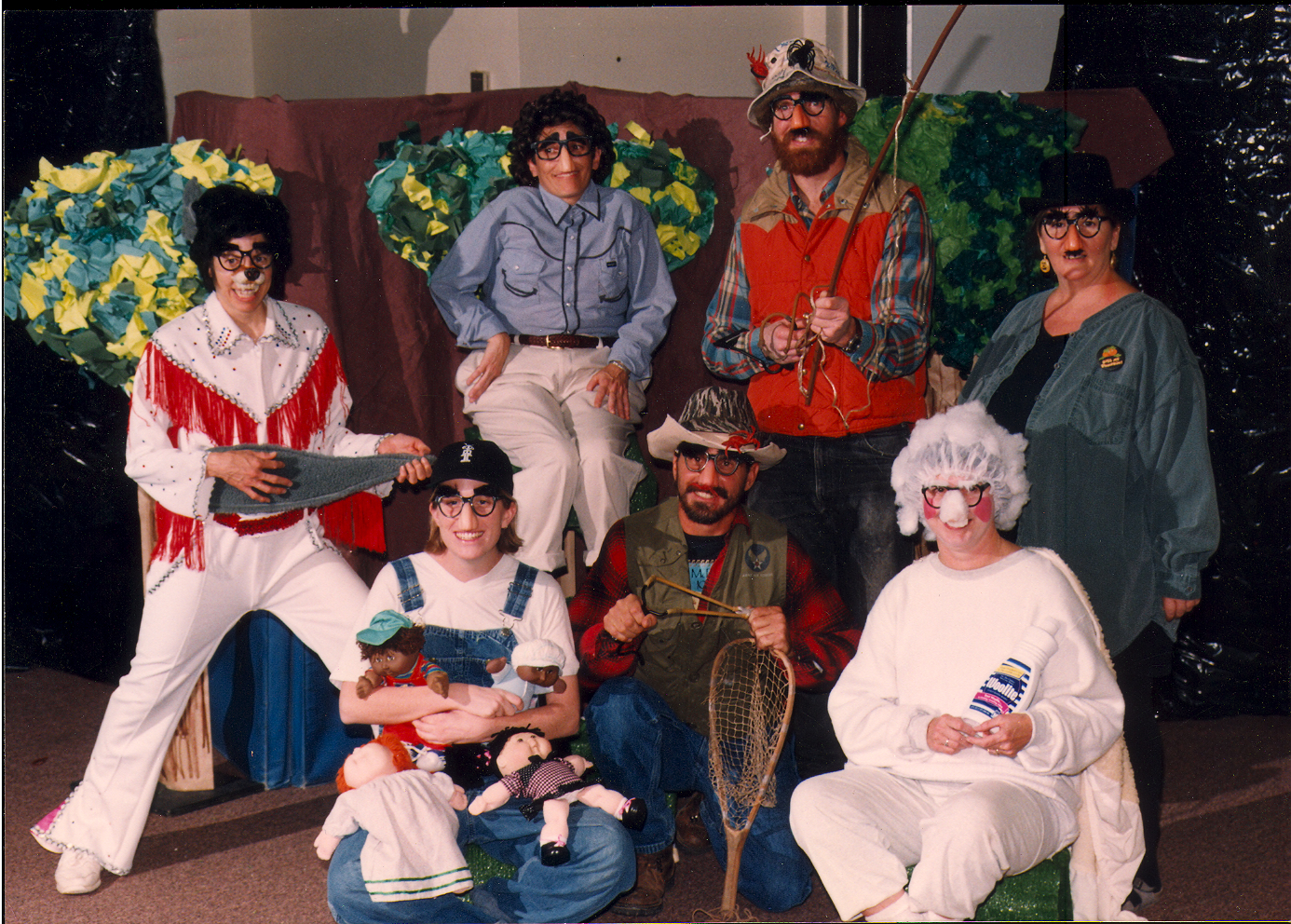 It’s All A Mystery

October is Mystery Theater season.  It’s Sunday evening and I just arrived home from a two-hour rehearsal session at the Seed.  For a group devoted to making people laugh, we take our roles seriously.  Sort of.  Today we laughed so hard we had to halt rehearsal to pull ourselves together.  We spent over an hour just fine tuning the jokes, smoothing transitions, and making the less obvious, well, more obvious.  We give great attention to the script during the first few weeks so that when we begin blocking it out we have a strong story line.  It’s a tradition I’ve been a part of for over 20 years, and I have to say, it’s one of the highlights of my year.

The Mystery Theater was the brainchild of Kathy and Mike Shores, two of the Seed’s most notorious and creative teachers.  The first year (circa 1986), the only year I wasn’t a player, they produced the first Mystery Theater under the trees in a corner of the playground.  There were only three players and they all dressed up like skeletons for a variation of “The Three Billy Goats Gruff.”  Each year from then on, the Mystery Theater Players have chosen a fairy tale or children’s book, written their own script (which includes a plethora of Seed humor), constructed outrageous props and scenery, and spent more hours than we care to admit working on the show.  All for one night of entertaining our Seed friends and families.

The process has evolved over the years and we’ve streamlined how we arrive at the big night.  We now use a laptop and digital projector to craft the script almost to its final draft before we even begin acting it out.  We  have an official curtain that makes it look like a real theater backdrop.  We only do three shows, instead of the five we used to do in one night.  We still use the plastic glasses with big noses as our signature look, but we’ve revised the noses and glasses to accommodate the variety of characters.  There are some elements that are almost always present, such as the chase scene, whoopy cushions, and assortment of bad puns.  We have archival tubs of costumes that evoke memories each October prior to the new show and are often recycled for new characters.   Generally we are quite “creative” with the last show, and have been known to pull an array of pranks on each other just to keep it interesting.

Although the Mystery Theater has evolved over the last 25 years, the one constant is our complete delight in making others laugh.  As we meander through October, composing a script we hope is even half as funny to others as it is to us, we look forward to the carnival night when we peek through the curtain from backstage to see which of our noteworthy audience members is gearing up for yet another evening of hilarity.

One thought on “It’s All A Mystery”