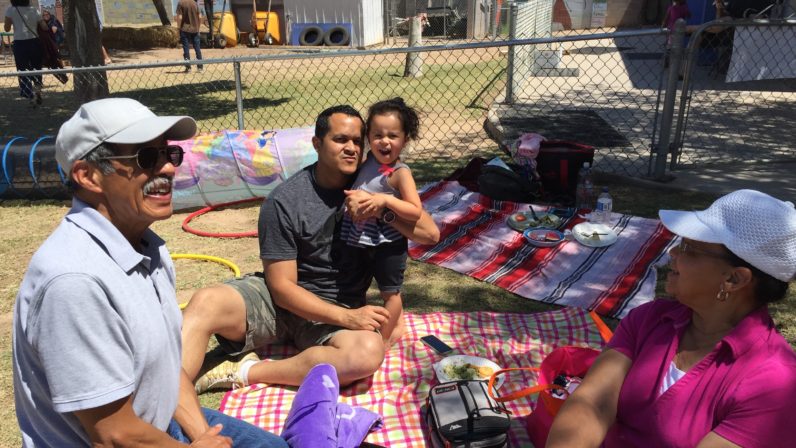 Grandparents are on my mind.  Quite possibly it’s because I’m turning 65 next week and thinking more about shifting patterns in a person’s life.  I used to be the same age as parents in the school—now my peers are the grandparents.  I’ve been a grandmother for nineteen years and it’s one of the most precious and rewarding experiences I’ve known.  I’ve shared conversations about this with grandparents around the Seed and it’s happening with more frequency.

The other day I was talking with one of the grandfathers, whom I’ve known for a long time.  We hadn’t seen each other in awhile, certainly not since his granddaughter was born.  I don’t remember his exact words as he stood there proudly holding his beautiful toddler grandchild, but essentially he said he had no idea it would be such an extraordinary relationship.  Like myself, he seemed almost at a loss for words to describe how it had influenced his life.  That conversation, and others I’ve had recently have called me to invite grandparents more intentionally into the Seed community.

With most of our Seed parents working outside the home, it’s harder and harder to find the kind of volunteer support we need for our various activities.  I see more and more grandparents transporting their children to and from school and attending events.  It dawned on me recently that we have a valuable resource waiting to be put into action.  As I’ve thought about this idea further and reflected on my own life, it’s clear that there’s more to it than just what the school needs.

As parents, our children consume years of our lives, both when they are very young and into adolescence.  Then they begin to form independent lives and need us less (at least on a daily basis).  Often there is a void during this period.  I found that once I had grandchildren, it gave me a new focus, a new way to be useful.  Being of use is a thought that seems to surface more with age.  It certainly arises in my mind with regularity.  The idea of becoming irrelevant is a sad and scary thought.

On Monday, September 12, we will host our first ever grandparents gathering at 10:30 A.M.  It will be an informal time to meet other Seed grandparents and find out ways to get involved at the school.  Following the meeting, grandparents will have an opportunity to have lunch with their grandchildren.  It will be the beginning of a new era for the Seed.

In her poem, “To Be of Use,”  Marge Piercy writes:  “The work of the world is common as mud.  Botched, it smears the hands, crumbles to dust.  But the thing worth doing well done has a shape that satisfies, clean and evident.”  (http://www.poetryfoundation.org/poems-and-poets/poems/detail/57673)  Being a grandparent is work “worth doing well done.”  What better place to do it than at Awakening Seed?