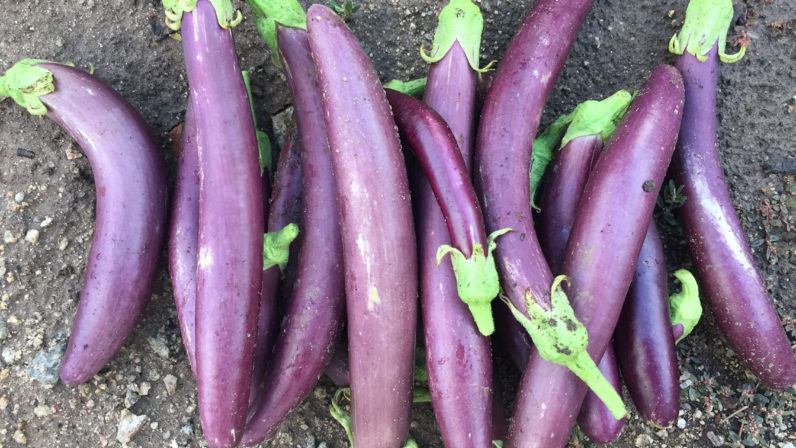 Sunday was the perfect day to plant a garden.  In the morning it rained and later in the day it happened again.  By the time I was ready to plant my seeds, the soil held just the right amount of moisture.  The sky was full of dramatic cloud formations and by late afternoon, the light shifted to a soft, soothing hue.  I made shallow rows for the seeds, carefully covering each type with the designated amount of dirt.  As I’ve done for the past few years, I used recycled plastic spoons for row markers.

We try to be generous with the birds, letting most plants fully go to seed so they’ll have plenty of food.  In the summer we keep as many of the wild sunflowers as we can, since birds love them so much.  During planting season, though, bird boundaries must be set.  There are some seeds, particularly sunflowers, peas, beets, and chard, they just love to pluck right out of the ground.  Protecting these varieties requires stealth defenses.  I like to use wax cones weighted down by rocks to protect the seedlings till they reach a certain size.  After that, birds leave them alone.

Once my seeds were in, I noticed the branches of our two eggplant bushes sagging heavily.  Serious pruning was in order.  Many of the cut branches had ripened eggplants on them, the long skinny kind about the size of a banana.  Even though some were small, I carefully saved each one.  For good reason.

The day before I planted my seeds I heard a piece on the radio about the continued bombings in Aleppo, Syria.  The reporter described how residents have a short period of time each morning before the bombings begin to gather food, medicine, and water.  She said they mostly eat dried foods such as rice, pasta, and canned foods.   Then she added, “Strangely, one of the few vegetables that are available is eggplant, and I asked a lot of residents why that is. And it seems that early on, when residents got the sense that there was going to be a siege, they started trying to grow vegetables. And apparently, eggplant is easy to grow in an urban setting, and it grows quickly. So I spoke to a lot of people who are very tired of eating eggplant.”  (http://www.npr.org/2016/10/01/496195993/aleppo-daily-life-in-failed-ceasefire)

This story resonates on a few levels.  First, there is the heartbreaking awareness that other humans are living this way.  I hope resolution will come soon to alleviate their suffering.  Secondly, it’s a reminder of why it’s  important that we learn how to grow our own food.  It confirms our emphasis on gardening at the Seed.  Finally, it shifts my appreciation for foods that might not be first on my list of favorites, but are readily available because they grow well here at this time of year.  Similar to experiences that appear in our lives, rather than those that are chosen, nourishment is within our reach when we stay open to possibility.