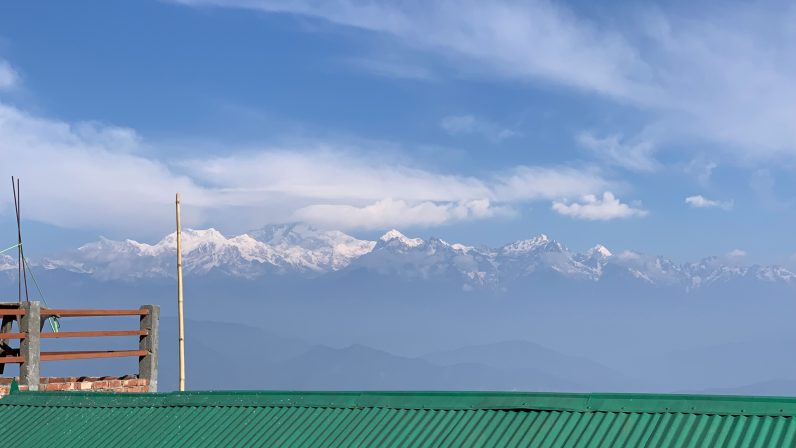 Three weeks ago I was on my way to India.  It was, by far, one of the most profound experiences of my life.  On Saturday evening, we returned to Phoenix, although my inner self seems to be lingering somewhere in between.  I’m savoring the memories as I step back into my work at the Seed.  It’s good to be spending my days again with so many people I love, adults and children alike.  I also appreciate the clean air, sanitary bathrooms, hot showers, and sleeping in my own bed.   At the same time, my memories of India are strong.  People have asked what I liked best, and I honestly have to say, “All of it.”  There were highlights, however.

We spent our first evening in India on our hotel roof, watching the sun set over Jaisalmer.  A desert outpost close to the the Pakistan border, Jaisalmer has been an important part of trade routes connecting India with Africa and the Middle East.  The area reminded me of the desert around Phoenix, and it was only when we’d pass a cow on the side of the road that I’d remember where I was.

In Jaipur we explored parts of the city in a tuk tuk, a motorized rickshaw.  At first the traffic patterns were frightening, as tuk tuks, cars, motorcycles, bicycles, elephants, and cattle engaged in a frenzied dance.  One significant moment was when our tuk tuk barreled along the road—into oncoming traffic.  Once I got used the pattern, I was able to relax and actually enjoy it.

Agra is the home of the Taj Mahal, and it exceeded my expectations.  It’s a breathtaking expression of architecture with an equally profound love story attached to it.  During those first few days I felt like I was a character in a movie.

We traveled by train from city to city, with three of the train rides overnighters.  Those experiences pressed the edges of my comfort zone and opened my eyes.  One such segment took us to Varanasi, one of the oldest cities on the planet.  Situated along the bank of the Ganga, it was at the same time beautiful, exotic, challenging, and inspiring.  Our sunrise boat ride on the river was one of the most precious experiences of the trip.  It was in Varanasi that I offered some of the ashes of my late teacher, Ralph Peterson, to the the Ganga during at aarti ceremony.

From Varanasi we traveled to Darjeeling, where we were gifted with a clear day that allowed us to see many of the highest Himalayan peaks.  One of them was Kangchenjunga, the third highest mountain in the world.  We ate Tibetan momos and visited the Himalayan Mountaineering Institute that featured stories, equipment, and photographs of various Himalayan expeditions.  Sherpa Tenzing Norgay, one of the first men to reach the summit of Mount Everest, was honored at this site.  His words inscribed in stone were particularly meaningful:  “You cannot be a good mountaineer, however great your ability unless you are cheerful and have the spirit of comradeship.”

On our final day before heading home, we hiked with a guide to Champadevi, a shrine in the hills overlooking Kathmandu, Nepal.  It was a demanding hike for me personally, and I was grateful to have successfully completed it with the support of my friend and our guide.  It was far from a major mountaineering feat, yet I approached it, and the whole trip, with cheerfulness and “the spirit of comradeship.”  In the coming days as I continue to integrate back into my life, the sense of comradeship I felt on our journey to India and Nepal will inform the way I approach everything, particularly my continuing work at Awakening Seed.  I know the blessings of this trip will have a far reaching influence on every interaction and decision in my future that lies ahead.