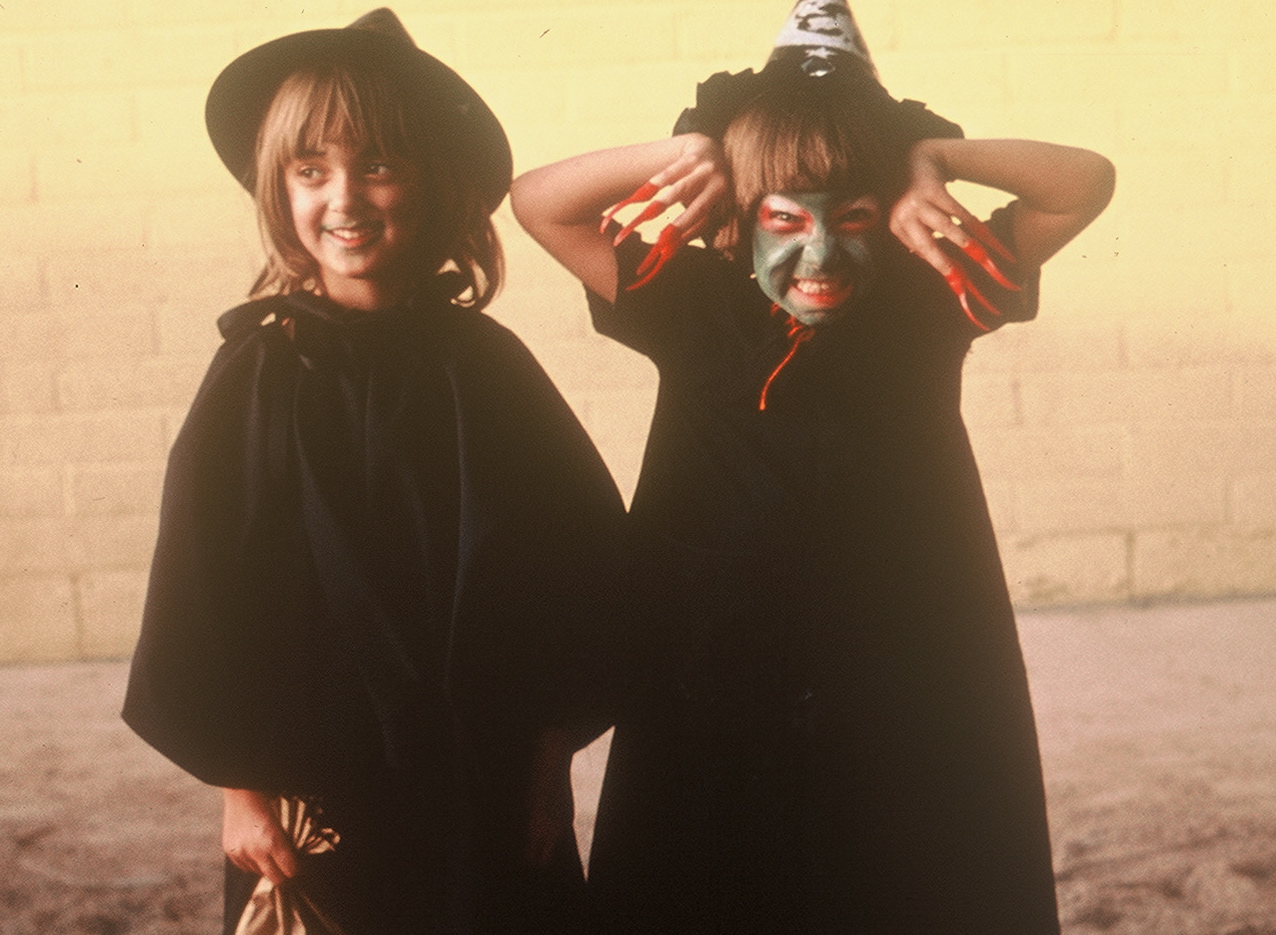 As kids growing up in a rural Nebraska town, Halloween was a highlight of the year.  Once we were old enough to go trick or treating, our parents let us loose to spend hours going from house to house on a mission for “the goods.”  Word spread quickly which houses gave out popcorn balls and caramel apples.  I don’t ever recall our parents going with us, except down to the main area of town to see us in the Lion’s Club Halloween parade.  They gave prizes to the top costumes in each age group and for consecutive years, someone in our neighborhood would wear the headless man costume one of the neighbors made.  I’ve always wondered what happened to that headless character.

Halloween remained a favorite holiday when my own girls were young.  We did the typical trick or treating, and carving of pumpkins.  One event from their childhood that is still part of my life is the Seed Halloween Carnival, which started back in the early 80s as an alternative to trick or treating.  This year’s was this past Friday night and provided the usual fun activities, including the Mystery Theater, a play some of the staff and alumni perform for our loyal audiences.  Year after year, they buy tickets to watch us weave school humor, pop culture (this year’s featured Mousy Gaga), kid jokes, and always a chase scene into a wacky blend of hilarity.  The camaraderie that grows from being a part of this long standing tradition is in itself worth all the time and effort it takes to make it happen.  It’s a tradition that has gotten me through times when other traditions fell by the wayside.

One of the hardest parts of being a parent is when your children outgrow the traditions you’ve enjoyed sharing with them when they were little.  I remember how bittersweet it was one year when my teenage daughter and I carved a jack-o-lantern on the back porch, knowing it was likely that whatever she’d be doing the next Halloween probably wouldn’t include me.  The most difficult years were those between having teenagers and grandchildren.  Traditions entered shaky ground for a few years and left me dreading holidays.  Yet as time passes, new traditions come along. Just last weekend, with all five grandchildren, plus an extra twelve and thirteen year old, we held our first annual pre-Halloween treasure hunt in the back yard.  And last night, even though we planned to stay home to pass out candy to the neighborhood kids, we were recruited for a second year in a row, to join the youngest three grandchildren on their trick or treating route.  As we were about to head home, my youngest granddaughter stood on the sidewalk, looking up at me in the night with her shiny blue eyes and said, “Thanks for taking me trick or treating.”  It looks like we have a new tradition.

2 thoughts on “Halloweens Past”