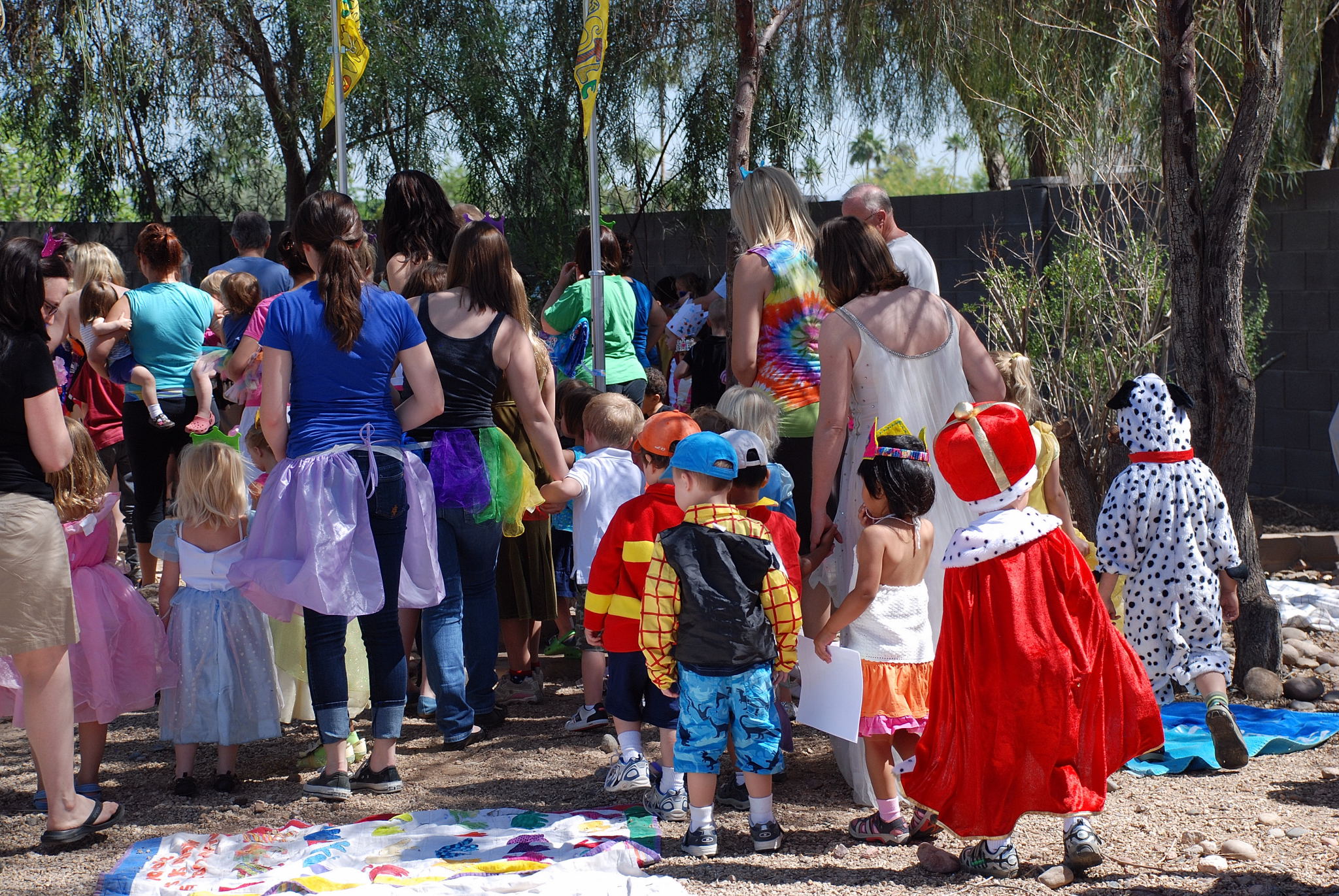 A Castle for Gwen

On Thursday morning beneath sunny blue skies, our whole school gathered, most children donning their favorite costumes, to remember and say goodbye to Gwen Van Kirk.  Gwen was one of our beloved preschoolers who unexpectedly passed away in her sleep at home on June 11, 2010.  She was four years old, full of life, and had just finished her second year at the Seed.  It was a loss for her family that most of us can only attempt to imagine, and one that we have spent nearly a year processing.  The Seed received memorial funds in Gwen’s honor, and we wanted to make sure that how we used the funds was an appropriate and adequate tribute to a girl who exemplified what the Seed is all about.

We considered a swing or a garden in her name, but neither of those ideas seemed right.  One of the last pieces of artwork Gwen made for her teacher was a drawing of a pink castle, now on display in its simple white frame in the Preschool 4s room.  The drawing was inspired by their class study of the Medieval Ages.  For months the 4s examined stained glass windows, tasted medicinal herbs, played in a cardboard castle, and explored the ABCs of medieval life.  Gwen gave a report on gowns, and proudly wore her princess gown the day of her presentation and on all other occasions designated to honor royalty.  She beamed with happiness in her gown and appeared to be in her element as they danced their way through the study.  Following her passing, as the days and months went by, it became clear that our tribute to Gwen must somehow involve a castle.

The fenced area that used to have a pond, and was hardly ever used, was transformed into Gwen’s Castle.  The chain link fence was taken down, the pond filled in, and fenceposts became flagpoles for newly painted flags.  An adobe wall, low enough for even preschoolers to step on and over, connects the flagpoles, giving the hint of a castle.  A trellis with pink ribbons and a sign pays tribute to Princess Gwen.  Gwen’s Castle is an invitation to the imaginations of children, a sanctuary for building and pretending.

Along with the emotional challenges of responding to such a loss was the delicate task of explaining to so many young children what happened to Gwen and why we made a castle for her.  Each teacher did this in his or her own way, skillfully conveying the message with care and sensitivity.  In the end it was the costumes that served as the bridge between their own lives and Gwen’s.  Although many of them were too young to understand what had happened, the chance to wear costumes let them know it was a special occasion and their friend who is no longer with us was inviting them into her castle to continue the important work that her short life began.

5 thoughts on “A Castle for Gwen”