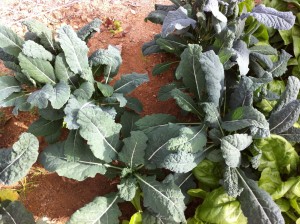 Last Wednesday I gave a tour of the Seed to a large group of potential parents.  We were also joined that day by a delightful teacher from New Zealand who was visiting Arizona as part of the Tempe Sister City Exchange Program.  We held our usual question and answer session in the staff room and then ventured out to the playground.  Our next destination was the outdoor area on the south side of the building.  We rounded the corner and made our way to the PreK outdoor classroom where a lively group of four and five year olds was hard at work.  They were bustling around watering their garden, moving rocks, digging in the mud, and generally loving their time together outdoors.  One child happily walked about, munching on a fresh spinach leaf.  Her face beamed.  I noticed another child lying very still face down in the dirt.  She held the position for quite awhile before standing up to join her friends again.  When I questioned her later about what she was doing, she said she was pretending to be a seed, waiting for someone to water her so she could grow.

The next day the class made kale pasta with kale harvested from their own garden.  The children had an overwhelmingly positive response.  On the white board outside their classroom these words were posted:  “Today we cooked kale pasta, which 17 of 18 LOVED.  Quotes about the pasta include:  ‘It was so good it made me shiver.’  ‘I wish I had eight more bowls.’  ‘This is better than pancakes.’  ‘This pasta is better than any pasta…except itself.’

It’s stories like this one that make the Seed what it is.  It’s what keeps me returning day after day, year after year.  Witnessing the children loving the bounty of their garden and their outdoor space with such joy, revealed a different glimpse of the school for me.  I’ve been thinking lately how prevalent stress is in all of our lives, how children are being asked earlier and earlier to give up their childhoods so they can  prepare for tests.  I recall hearing about one school where the kindergarten teachers prided themselves that there was no play, no dress-ups or housekeeping area in their classrooms.  When I see children interacting with the earth and each other as the PreK students were last week, I have a renewed sense of hope for our future.  In a sense we are all like that young girl lying in the dirt, pretending to be a seed that someone will come along and water.  May we all approach life with such optimism and faith in our fellow humans.