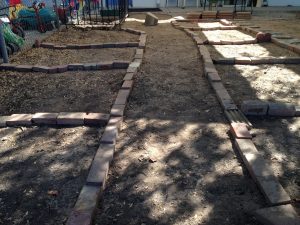 One benefit of writing a weekly blog is the steady stream of links and articles people send in response to what I’ve written or what we’re doing at the Seed.  This week was no exception.  I received an article about the trash problem in Sweden; not too much trash, but a lack of sufficient trash to keep their incinerators going to generate the country’s energy.  I had a link in an email about the connection between the diminished bee population and increasing level of pesticides in plants visited by bees.  Another article came from one of our parents about the learning enhancing benefits of preschoolers napping.  The one that stood out the most was about play.

“The Play Deficit,” written by Peter Gray, (http://www.aeonmagazine.com/being-human/children-today-are-suffering-a-severe-deficit-of-play/), makes a strong point for the value of children having a chance to practice life through play.  He emphasizes how play fosters creativity and allows it to “blossom.”  Through play, children learn how to step into grown-up roles, trying on how to be as they mature.  Gray says, “To the degree that we take away play, we deprive children of the ability to practice adulthood, and we create people who will go through life with a sense of dependence and victimization, a sense that there is some authority out there who is supposed to tell them what to do and solve their problems. That is not a healthy way to live.”

Gray talks about the community aspect of play from which children learn values, social skills and how to deal with adversity.  When I think of this idea, the interaction that goes on between Seed children in their outdoor classroom areas (sometimes referred to as Roxaboxen) comes to mind.   Along with applying lessons on area and perimeter as they measure out individual plots, students learn how to negotiate for materials, help each other with challenging tasks, and share common tools.  As Gray puts it, “They learn to take responsibility for themselves and their community, and they learn that life is fun, even (maybe especially) when it involves doing things that are difficult.   Children are immersed in a stable, moral community, so they acquire the values of the community and a sense of responsibility for others, not just for themselves.”

Another benefit of play is that it trains children how to think.  Students who have ample time to play become more than regurgitators of information.  When children build structures together, deciding where to put items, who to include, and how to plan what is next, they learn on the job how to be a team player on their own terms.  They learn about equality and how to respect each other.  Gray explains it this way: “The equality of play is not the equality of sameness. Rather, it is the equality that comes from respecting individual differences and treating each person’s needs and wishes as equally important. That’s also, I think, the best interpretation of Thomas Jefferson’s line that all men are created equal. We’re not all equally strong, equally quick-witted, equally healthy; but we are all equally worthy of respect and of having our needs met.”

Now that autumn has officially arrived, both on the calendar and with the weather, there is increased activity in outdoor classrooms.  Bricks and river rocks are becoming the foundation of budding communities.  The play that follows in these communities will serve our students well, both immediately during their Seed days and even more, as they apply the teachings of childhood to their ever changing lives.