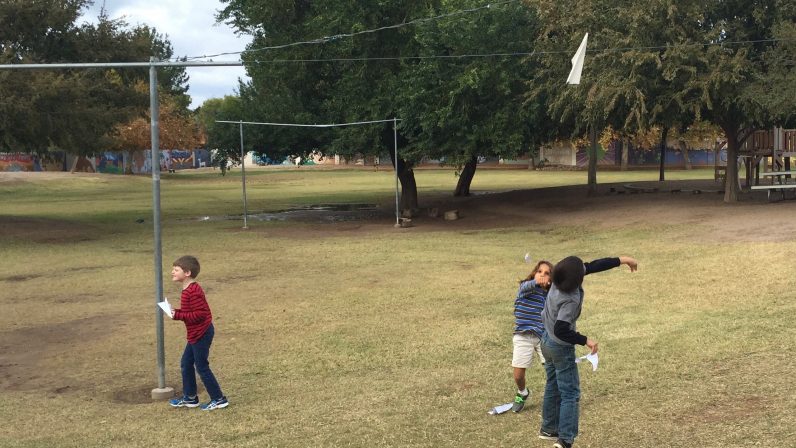 Who Has Seen the Wind?

Monday was more than the average blustery day.  The wind that passed through the Seed was stronger and colder than we normally experience.   If I’m warm enough, I love the wind.  In fact, it’s been a big presence throughout my life, including my childhood.  I was introduced to sailing early on and the wind has almost always been a friend.  It’s represented freedom and open-heartedness throughout my days.

The wind was also a factor during tornado season in Nebraska.  When I was almost two, our family returned from living in Hawaii to a completely demolished home.  A huge tornado wiped out our small town.  In our new house, I remember vividly hauling our valuables to the basement when a tornado warning was issued.  Fortunately, we never experienced again the kind of devastation we did when I was small.  Maybe it’s the excitement we felt when a tornado was brewing that has carried over to my interest in hurricanes.

Monday’s wind reminded me of a favorite childhood poem, Christina Rossetti’s “Who Has Seen the Wind?” (http://www.poetryfoundation.org/poem/171952):

Who has seen the wind?
Neither I nor you:
But when the leaves hang trembling,
The wind is passing through.

Who has seen the wind?
Neither you nor I:
But when the trees bow down their heads,
The wind is passing by.

I love the way her poem addresses the fact that the wind isn’t seen, but is felt by the way the trees and leaves respond to it.  It’s like having a friend you don’t see (maybe they live far away), but they’re still a part of you because of  how their influence affects your life.

The wind on Monday affected Seed kids in several ways.  Lots of kids stood around shivering even though they were warmly dressed.  One little guy was perfectly happy in his shorts and flip flops.  A bright-eyed four-year-old approached me declaring, “I do not wish for this wind to blow today!”  The same child earlier in the day told one of her teachers, “One day I will go so high up in an airplane and open the door and jump out and play on the clouds.”  Clearly the wind was keeping her imagination alive.

The most visible response to the wind was the 1st and 2nd graders flying their paper airplanes.  Although it wasn’t planned, it was a spontaneous STEAM experience.  They experimented with plane design, angle of throwing, and compared the flight distance throwing into the wind vs. with it.  Their reactions to successful flights were as close to pure joy as I’ve seen in awhile.  I’m glad the remaining days this week have been calm.  I’m equally glad that the wind paid us a visit by passing through.