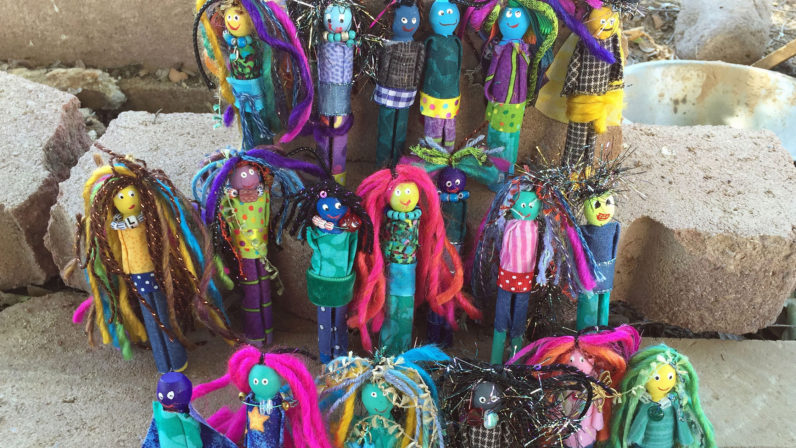 On Monday morning I looked out my window and saw a mama quail and her three just-hatched babies scurry across our garden.  The babies looked like puff balls on wheels.  It’s hard to believe something so young could run that fast.  I stepped out to catch a photo of them, but alas, they were too speedy.  One fur ball ducked inside an overgrown bush as the mama took off in another direction.  It was a decoy move for sure.  Later the four of them were scoping out our carrot patch.  Since the carrots are now flowering and going to seed, I’m certain it was a successful venture.  I saw them one more time a few hours later scrounging through our compost.  It was as if the mama was giving them one last tutorial,  Foraging 101.  They may have hung around the garden a bit longer, but I never saw them again.

This time of year we are all preparing to send off our hatchlings.  Whether it’s to the next class, a new school, or even to a new city, we are all gathering our strength to let them go.  We’ve all given our best efforts to teach our students the many skills they’ll need for school success.  We’ve guided them toward becoming compassionate, kind human beings.  Their school year has been full of opportunities for self-expression, creativity, and delight.  We’ve all practiced being good citizens of the planet.  The time for closure is at hand, and even after doing this for nearly forty years, it’s still hard.

Occasionally I’ve written about my work with the 3rd/4th graders.  Each Wednesday we’ve met to talk about and write poetry.  This group has particularly captured my heart and I’ve been thinking why it is I continually feel compelled to spend this time with our oldest Seeds.  I know it’s about more than the poetry.  Yes, initially it started as a way for me to keep teaching a bit once I left the classroom.  Over the years it’s clearly become something else.

As I’ve thought about it, the most important reason I choose to spend time with them is I want to be part of their last years at the school.  I want to be involved in their final impressions of the Seed, the impressions they’ll each carry with them as they move on to the great big world beyond.  It also gives me great joy to be part of the process of each child finding his or her own voice.  I know their voices will have an impact on the future.

During our final Wednesday session we didn’t write poetry.  Instead each student made a don’t worry doll so each child will have a little reminder of the Seed, a reminder that everything will be all right.  The poems they’ve written this year and their handcrafted dolls will serve as artifacts from their final Seed days.  Like the baby quail exploring the edges of our compost with their mama, theses students will leave the Seed fully equipped with what they need to be successful in their next educational setting.  It is my hope, though, that unlike the young quail chicks, we’ll see them around.  I’m counting on it.