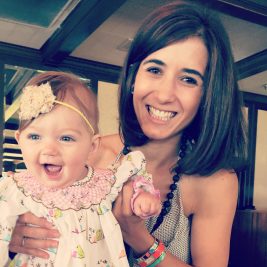 I received my bachelor’s degree and MBA from Arizona State University, in 2009 and 2012 respectively. Since graduating from college I have worked for both Target and McKinsey and Company. In October 2014, my husband and I welcomed our first child, Sayler Udell, and I am fortunate enough to be able to stay at home with her full time. My greatest passions are traveling, playing tennis, and spending time on the lake with my husband and daughter. The Seed was my first and best experience of my elementary education. I still have great memories of Monday morning circle time, the Winter Solstice performances and the many great teachers who encouraged me to learn and who fostered my love for writing and reading. I can only hope to find a school for my daughter that is as accepting, safe and fun as the Awakening Seed.

Age: 29 | Location: Cleveland, OH
My favorite thing about the Seed is that everyone is accepted and celebrated for who they are. I remember being worried about making friends when I started attending the Seed in second grade, but from my very first day there I felt like I belonged. The Seed strengthened my intellectual curiosity, taught me great respect for our planet, and provided an environment where I could open up to other people and just be myself. During my three years at the Seed, I invented games, wrote stories with my friends, and read as many books as I could get my hands on. I loved being a “buddy reader,” which entailed picking out picture books and reading them out loud to younger students once a week. My love of writing and reading continued during my high school and college years, and I am now pursuing a doctoral degree in historical musicology at Case Western Reserve University in Cleveland, Ohio. After graduation, I hope to teach music history at the university level and start my own ensemble specializing in early music. My Seed experience has contributed greatly to my passion for teaching and learning, and has profoundly influenced the person I am today. 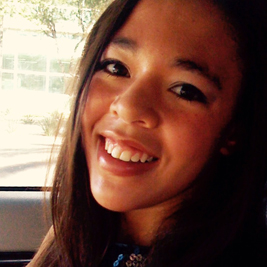 Age: 25 | Location: Gorontalo, MYS
“Keep the circle whole” are song lyrics I learned in kindergarten at the Awakening Seed. The Seed left an indelible mark on my life, and today, I am inspired to share a little bit of the Seed with everyone I meet.

My name is Kelsey J. Roggensack, and I am a Human of the Seed. After attending the Awakening Seed from 1994-2002, I went to Arizona School for the Arts and Williams College in Williamstown, MA. I majored in U.S. history at Williams and remained active in the community. I was an NCAA All-American swimmer, a resident assistant, an advocate for peer health services, a campus tour guide, an orientation trip leader, a career center fellow, a teaching assistant for the drama department, and I volunteered as a swim teacher and elementary school pen pal. After graduation I worked as a Deputy Finance Director for Don Berwick’s gubernatorial campaign. After which, I worked on a non-partisan, issue-based campaign to advocate for an increased state budget for arts and culture. After working at Arts Emerson, Emerson College’s theatre affiliate program, I received a Fulbright scholarship to travel to Indonesia where I teach at a Muslim high school. I enjoy wilderness canoeing, dance, playing musical instruments, and I volunteer at an animal shelter. I recently set a masters swimming world record. I believe the world would be a different place if everyone could have just one year at the Seed…and I had seven! So, alongside that privilege comes great responsibility to “keep the circle whole,” as not everyone is as lucky as I am to have a worldview crafted by such a loving, nurturing environment. 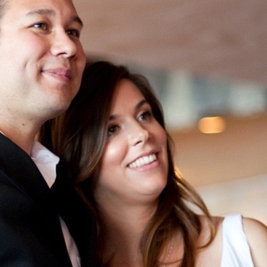 Age: 30 | Location: Carlsbad, CA
I attended the Seed K-4th grade. Currently I am caring for my 20 month old and 4 year old sons. I also sit on a committee and will be joining the board for Women’s Empowerment International that helps women around the world with micro-finance loans. I hold a BA in Psychology from Dickinson College( ’06) and a MSSA in Community/Social Development from the Mandel School at Case Western University(’08). I was a development director for a small non-profit in Oceanside, California prior to my children. Family, friends and helping to facilitate positive change are what matters to me most. The Seed is a large part of who I am today and how I got here. I even sing the songs from the Seed to my boys. I have spent most of my life since the Seed engaging the world through my education and volunteer work.