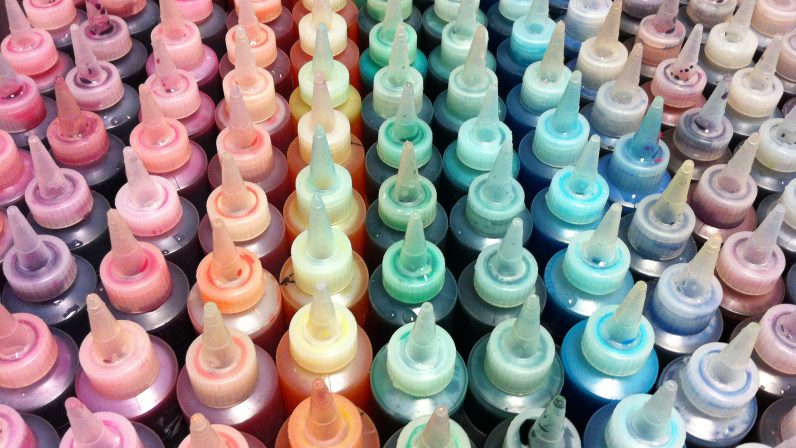 It’s quite a leap from last week’s topic about the Twin Towers to this week’s account of our annual Seed tie dye event.  I have to say, it was quite an event and I’m not really sure how I was drawn into it as much as I was.  For the last several years we had a tie dye team that had the process down to a science.  It was a well-oiled machine.  It reached the point where all I had to do was make a few posters, show up to dye my personal shirts, and assist marginally.  This year was different in that we had a whole new group of coordinators, all with some experience, but not as a team.  I offered my support along the way, ordering more dyes, helping with the mixing, filling in with what I knew of the process from before.

I think it was the team’s enthusiasm that caught my attention and kept me involved into the darkness of the event night, as mosquitoes tried to suck blood from our ankles while we dyed the remaining white shirts and then cleaned up the mess.  The whole process was just plain fun and the energy for the work was sustained until the very end.  Even the kids who were present well into the evenings were truly amazing.  During the dye mixing process, there were four children there, mostly staff kids.  They ranged in age from three to nine and were kids who probably wouldn’t choose to play with each other on the playground during a normal recess.  But somehow they found a way to make it work and had a grand time for well over two hours.  Pretending all sorts of games together, they reminded me of generations of staff kids who have been around the Seed for similar activities, my own two daughters included.  There were years when construction, relocation or day-to-day responsibilities required that our entire family be at the school after hours.  The girls, and often a friend or two, always managed to entertain themselves with dress-ups, art materials or other makeshift props.  When our grandchildren attended the Seed, the same sort of activities transpired, sometimes during teacher prep week when only staff children were around.  They put on shows with everyone in costume and built elaborate block structures.  I was always impressed with how they organized themselves.

On Thursday evening, about the time the mosquitoes arrived, it happened again with the kids.  Two incredibly dedicated parents stayed to help with the major task of cleaning up.  Each had a child, one a first grade boy and the other a three-year-old girl.  Joined by the four-year-old daughter of one of the tie dye team staff members, the children again figured out a way to entertain themselves while the adults emptied bottles, dyed the last shirts, moved tables, and counted the money.  Happy wagon rides wove in and out of the clean-up process.  In the end it felt like Team Tie Dye was considerably more inclusive than the list of names on the bulletin board.

One thought on “Team Tie Dye”