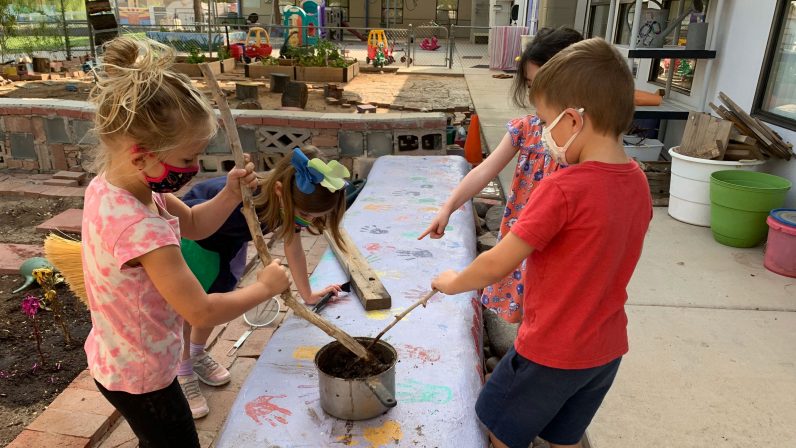 A group of kindergarteners enthusiastically stirred a pot of mud recently.  It was a group effort, requiring sticks, big muscles, and directives from bystanders.  Their focus was intense and energetic.  Days later, another intensely focused person, Ruth Bader Ginsburg, known for her lifetime work of stirring things up, became headline news.  RBG served as a justice of the Supreme Court of the United States from 1993 until her death on September 18, 2020.  Her passing struck my heart at the core.

RBG was a champion for a long list of women’s rights, including obtaining a mortgage or starting a business without a male co-signer, obtaining birth control without having to obtain one’s husband’s consent, being given equal consideration to be executors to their children’s estates, and receiving pension benefits equal to male coworkers.  Ruth Bader Ginsburg was notorious for her well written and frequent dissents during her tenure on the  Supreme Court.  In an article called “How to Dissent like RGB,” the writer says this about her dissents:

“RBG has always done her best to paint her adversaries’ arguments in the best light, right before she argues forcefully for the opposite position. This does not mean that every argument is worthy of respect— rather, it simply means that we must strive for intellectual honesty, even when it is difficult.”

This week I heard one of RBG’s quotes that felt relevant to my own work as a writer and educator:

“Dissents speak to a future age. It’s not simply to say, ‘My colleagues are wrong and I would do it this way.’ But the greatest dissents do become court opinions and gradually over time their views become the dominant view. So that’s the dissenter’s hope: that they are writing not for today, but for tomorrow.”

The thing about Ruth Bader Ginsburg that resonates most with my own life was her commitment to continue doing the work placed before her.  In addition to her professional life, for years she dealt with cancer, both her husband’s and her own.  Although her health was mentioned in the news, I’m certain she suffered in ways about which she never let on to the public.  She never gave up.  I intend to be that way also.  I loved her words “writing not for today, but for tomorrow.”  I think of my blog that way, and the hours I spend teaching children to be writers.  It’s for today, and for tomorrow.