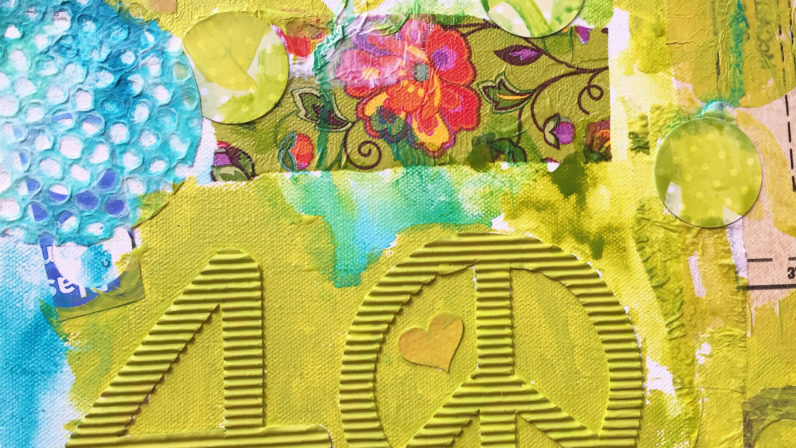 Our Earth Day celebration of the Seed’s 40th birthday is just around the corner.  In fact, it’s occupying most of my mental real estate at the moment.  It’s an event that involves a number of lists, from which several of us are dutifully checking off items.  This week I started a piece of art for the silent auction and I’m looking forward to seeing how that all unfolds.  We’ve come up with a design for the mural on the 40th Street playground wall and our very cool 40th anniversary t-shirts are ordered.  I’ve sent out emails and hard copies of a letter I wrote about the event, describing our brick campaign for the new sign, and suggesting ways for people to support the Seed.  Our speakers are lined up and the sign-up sheets are posted.  Yes, and it even included a typo on my email address (it’s seedsdirector@me.com, in case you’re interested).  I have a pile of old yearbooks to look up previous staff members to invite.  Each day I expand the circle of people who have been a part of the Seed’s history in some way and gather up the courage to ask them for help.

This has been an interesting exercise for me.  Over the years I’ve always been eager to help out, to donate to my niece and nephew’s missionary trips, buy the Girl Scout cookies, support Eagle Scout projects, and contribute to various community efforts of Seed graduates.  I’m comfortable with this role.  Asking for the help of others, not so much.  I don’t want to offend anyone or feel like I’ve crossed a boundary.  I’ve had to remind myself that the worst that could happen is someone will say no.

What allows me to step into the asking is remembering that it’s not for me; it’s for the Seed.  It’s for the generations of children who aren’t even born yet, who someday will be Seeds.  It’s for the parents who want to be a part of something that will not only help their own families, but the entire planet by cultivating compassionate leaders and innovative thinkers.

As this process of asking is unfolding, we’ve already received several donations and congratulatory responses from families, friends, and alums. The one I received this morning says it all:

“Thank you for the care and education of our grandchildren.  They are fortunate to be part of the Awakening Seed family.  The children have learned to protect the environment, be kind to others, accept diversity, and be curious about the world around them.  You should be proud that the Seed has successfully prepared so many children for life beyond school.”

With this kind of appreciation for the work we do, I’m willing to step outside of my comfort zone to do a bit of asking.