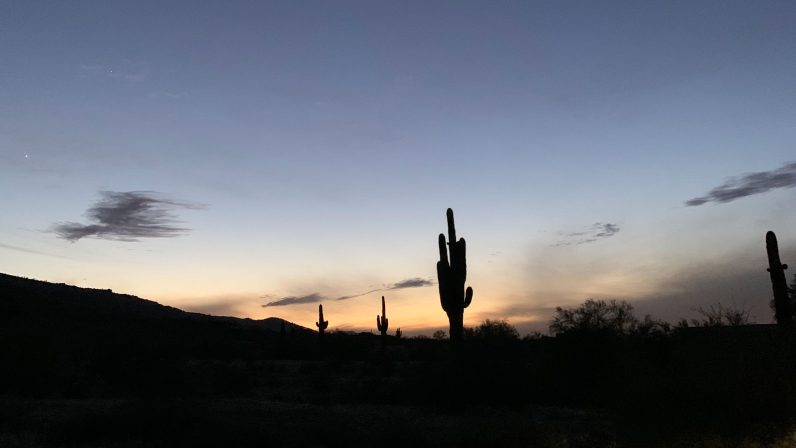 The other night at sunset, the looming darkness took me back to where I was a year ago.  Just a few weeks shy of our departure for India, I felt like I was at the edge of a great chasm, preparing to step completely into the unknown.  The month of December with the shortest days and longest nights, accentuated the feeling of being drawn through a dark tunnel before emerging into the light.  After a year of preparation, our weeks till take-off were diminishing rapidly. It was a time when much of my energy was devoted to making myself strong—physically, mentally, and emotionally.

When the trip actually happened, it put all my preparations to the test.  The entire experience was the light at the end of the previously mentioned tunnel.  Upon returning home, it took me months before I could begin to talk about it, much less make sense of what I’d been through.  Little did I know, that the trip was yet another level of preparation.  Our trip to India deepened my belief in myself.  I learned that I could handle ongoing experiences that pushed me outside my comfort zone.  It grew my self-confidence and made me brave in new ways.

Since returning from India, my newly defined sense of self has been put to the test.  In ways I never imagined, both personally and professionally, I am learning to embrace whatever arises.  One thing I’ve learned is that challenging situations keep arising and will continue to do so.  Change is the one thing we can count on in life.  When I returned from India I wondered if I’d keep up my morning workouts that I’d so diligently put in place prior to the trip.  In fact, I have.  Emerging from that experience, and several others that have come up in the past year, has taught me that I need to stay strong.  Being a part of the Seed’s leadership is no small task, and I want to give it my very best.  This involves consistent self-care, steady daily practices, and a readiness to embrace whatever comes along.

The month of December is often viewed as a hectic time of year, which it is in many respects.  It’s also an opportunity for reflection on the past twelve months and setting intentions for the coming new year.  As we allow time to immerse ourselves in this season of reflection, hopefully we can each identify whatever it is that nourishes us.  The work, then, is to eventually include these as practices in our daily lives.  I can think of no greater gift to our children and each other than to sustain ourselves in ways that help us be stronger human beings.