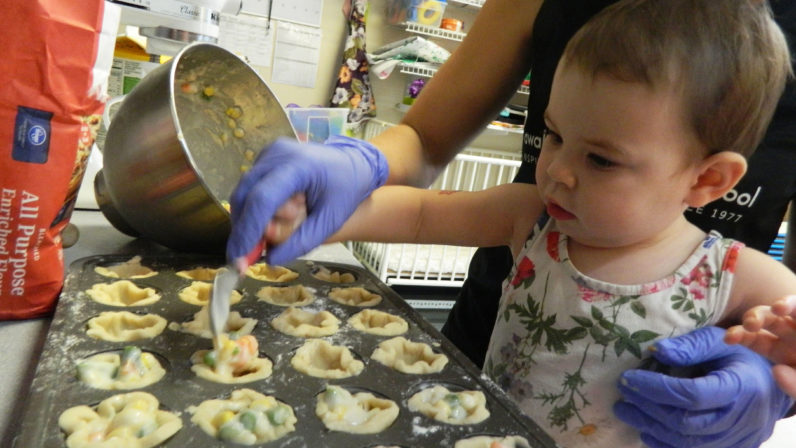 I always appreciate how things come together here at the Seed.  Sometimes we call it the Seed magic.  This week was no exception.  As we kicked off the final week of our nutrition study, we also held our first grandparent gathering on Monday.  Grandparents appeared from the Phoenix area, as well as San Diego, South Carolina, and even the Republic of Congo.  It was quite a circle of elders ready to learn more about the Seed and lend a hand as needed.  After the meeting, many grandparents wandered down the hall to have lunch with their grandchildren. Toddler 1s grandparents were greeted with a fresh baked batch of mini-veggie pot pies.

The Toddler 1s weren’t the only class baking up a storm.  As we’ve moved into the second week of our Seed-style nutrition study, many classes have entered into the third phase of the project approach (http://projectapproach.org)  Characteristics of phase three are:

•  children and teachers examine and reflect on what they’ve learned
•  participants make reports, books, artifacts to share with others
•  classes plan and present a culminating event 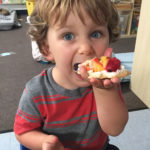 Phase three looks vastly different from class to class.  For several groups, big cooking projects are underway.  The kindergarten class plans to have a lunch of homemade tortillas and beans, in conjunction with their Spanish class.  The Preschool 4s will be holding a pesto pasta feast with basil harvested from their garden.  For some of the classes, especially in the younger age groups, the celebration is about taking a bite of a new food.  The Early 3s have been sampling all kinds of foods these last two weeks, including a delicious rainbow fruit pizza.  The delight or disapproval on each young child’s face gives immediate feedback about food preferences.  With each food tasting there is generally a discussion that follows, often with a follow-up graphic display. 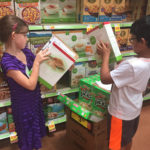 The two oldest classes have found their way into a different sort of experience with nutrition these past two weeks.  They have both turned their questions into a full-on inquiry project.  The first and second graders have remained passionate about their interest in the digestive system.  After a whole-body immersion experience through the model digestive system they set up on the playground, they are now working in research groups to learn more about parts of the system.  In the coming week they’ll present their findings with each other.  The third and fourth graders, who came up with the idea of being food detectives, visited a local grocery store this week to investigate contents of foods like cereal, yogurt, and energy bars.  They took notes, made lots of comments, and have begun their nutritional analysis.  Keep your eyes open for upcoming displays with findings from this new generation of well-informed nutrition experts.  Although our two week nutrition study will soon come to a close, we know there’s a good chance it will spill over into each of our students’ lives, hopefully for as long as they’re on the planet.