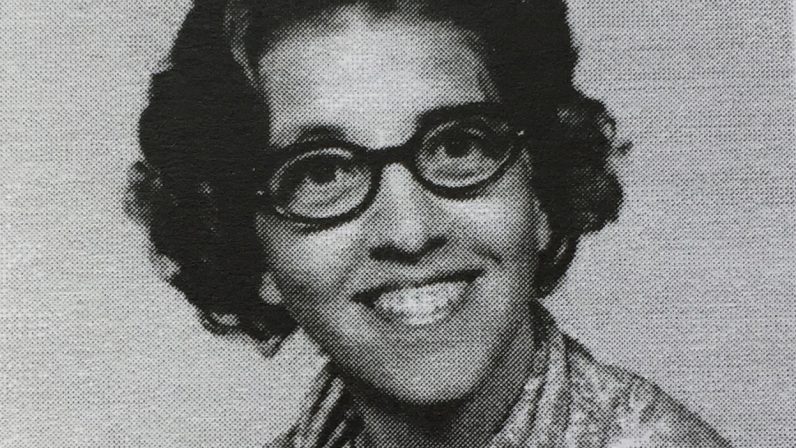 On Saturday I attended a memorial service for Dr. Joan Moyer, my first ASU professor in early childhood education.  It was 1975, and I was a recently divorced single mom finally accepting the fact that I was destined to be a teacher, like the previous four generations of women in my family.  I’d already dropped out of two colleges, and most of my friends I started college with had already graduated.  My back was against the wall.

My first class with Joan was Social Studies for Early Childhood Education.  As I reflected on her class in preparation for what I might say at the memorial, it occurred to me how much she influenced my thinking about teaching and learning.  Joan was one of the most quiet, unassuming people I’ve ever known.  And she knew her stuff.  It was from her I learned that curriculum for young children needs to be rigorous, relevant, and engaging.  What Joan taught me laid the foundation for many of our current Seed practices, including the emergent curriculum and the project approach.   Although I went on to study with numerous other teachers, I never forgot what I learned from Joan Moyer.

There was much I never knew about Joan, even though she has been a strong presence in my life as an educator.  At the memorial, my friend and colleague, Dr. Elaine Surbeck, filled in important gaps about Joan’s history:

Joan earned her Ph.D. in early childhood education from the University of Maryland.  Her love of travel and teaching took her around the world, including Beirut, Lebanon, where she lived and taught at the Beirut College for Women.  Joan was hired at ASU around 1971 at a time when men were hired as faculty much more often than women.  Joan was one of the first tenure track faculty members in Early Childhood Education.  With Joan’s strong early childhood education background, she worked to transform nursery schools into preschools, in order to help break the poverty cycle.  She was a member of NAEYC in its early years of becoming the organization that spoke for very young children. Joan was also an early member of the Association for Childhood Education International and an early leader in promoting the Head Start program in the state of Arizona. The programs were designed specifically to address the educational needs of young children who came from “underprivileged” backgrounds and minorities, particularly children on the reservations.  In the 1980s, Joan was involved with publication of Developmentally Appropriate Practice, the gold standards for teaching methods for young children.  In true Joan fashion, she influenced from behind the scenes via one of her grad students.

Dr. Moyer and her ASU colleagues were involved with publication committees for several early childhood organizations.  Joan was also an early member of the Early Childhood Teacher Education Association, ACEI (Association for Childhood Education International), and OMEP (The World Organization for Preschool Education). She was foundational in her quiet way to the strength of those organizations.  In 1987, Joan was lead author of a book,  The Child Centered Kindergarten, widely used by many kindergarten teachers and in ECE programs.  She was a quiet, self-effacing giant in early childhood education, and the pioneer of ASU’s program.  At one time, with her ever-present guidance, ASU had one of the strongest early childhood education  programs in the country.  Joan influenced hundreds, maybe thousands of individuals, both teachers and students, with her passion for the importance of early learning.

Hearing more of Joan’s history left me feeling honored to have been a part of ASU’s early childhood program during her tenure.  It’s been a privilege to work in the field all these years, keeping her pioneering spirit alive here at the Seed.  Joan will continue to be remembered with a commemorative brick on our playground that reads: “in honor of Dr. Joan Moyer/ASU/a friend to all children.”  How lucky we all are to have had such a friend.