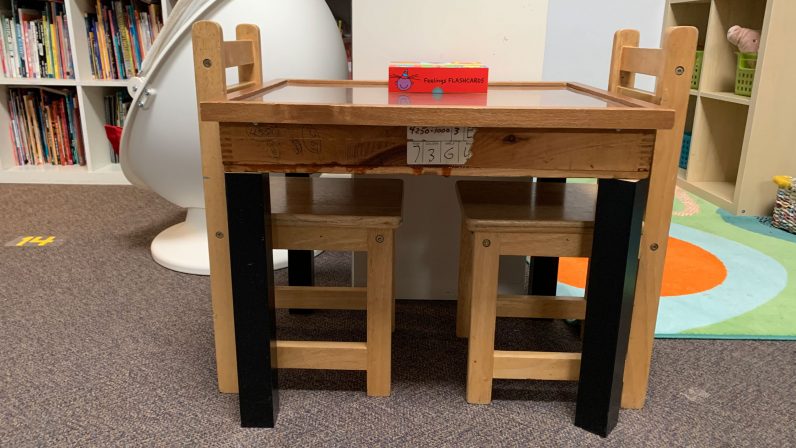 A Seat at the Table

These past few weeks, as we’ve been planning for the Seed’s re-opening in August, a steady stream of podcasts and articles have filled up spare moments. I’ve been listening to a variety of voices, all devoted to one thing, making this a better world for all human beings.  As I read and listen, more and more layers of injustice keep surfacing that need attention.  It’s uncomfortable, and as much as I’d like to avoid the experience, I’m forcing myself to reside in the discomfort.  Some voices resonate more than others and give me a glimmer of possibility for a way through all of this.

One voice that stood out this past week was Jason Reynolds, the National Ambassador for Young People’s Literature of the Library of Congress.  Jason is also the author of several books, including a new companion to Ibram X. Kendi’s history of racism, Stamped From the Beginning, for young readers.  In a conversation between Jason and Krista Tippett, they talked about the role of the older generation in helping younger people bring about change in the world.  Krista asked,  “[Isn’t it] our work to accompany them towards fortitude, so that they can really grow into the fullness of their imaginations and their power?”  Jason answered by speaking first about irreverence:  “No one wants to live in a world where young people are not irreverent. First and foremost. A world where young people are not irreverent is not a world for me, because it is a world that is not growing. They have to shake the table….It’s just the natural order of things.  It’s their time to mold what they want the world to look like.”

As the conversation continued, Jason explained, “In this moment, it isn’t just…we got to get out [of] the way. Here’s the thing. I think that they don’t want us out the way. Despite what you may hear, it’s not that they want us out the way, I think what they want for us to do is to listen to them…We really believe that we deserve their respect, simply because we have years on them, and the truth is that respect must be earned. And I think what they’re saying is, please, make a seat for me at the table. You can’t talk about my life and not include me. You have to make a seat for me at the table.”

Even before I heard this conversation, I’d instinctively found a table with young people with whom I could “sit” for conversation.  In response to the George Floyd killing that brought racial inequities to the forefront, two of my nieces and I have had an ongoing correspondence where we share resources, voice concerns, and ask each other questions.  Being a part of their thought processes helps to guide my own.  I have also reached out to Seed alums who were my former students.  I feel grateful to be able to both ask questions and also to listen.  In the days ahead, I hope to expand such conversations with others.

This work is immense, and will take a long time to heal.  As you venture forward, please consider saving a place at your table with a younger member of our world.  There is wisdom, creativity, and imagination awaiting an opportunity to serve.