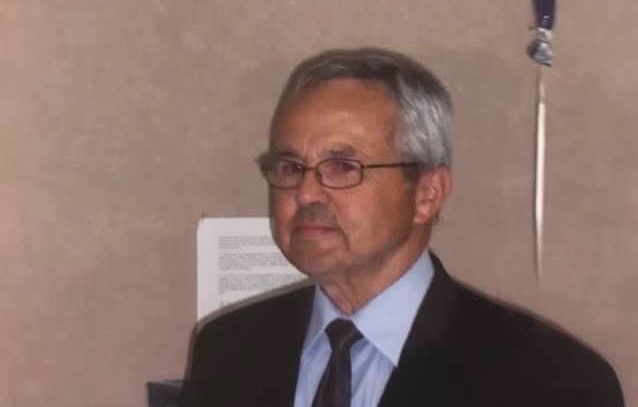 Over the years I’ve often written of my third grade teacher who made such an impact on me as a young child.  As I grew older, there was another teacher, Jim Fraser.  He was my math teacher in junior high and high school.  As I read over some of the memories posted about him on my brother’s Facebook page, they brought back mental pictures of those days.  Someone mentioned how he would wildly erase problems on the chalkboard, leaving chalk dust flying everywhere.  That had a familiar ring.  You could never accuse him of lacking enthusiasm for math.   He did make math engaging, enough so that when I first went to college, I declared myself as a math major (it lasted all of one semester when I hit calculus).

Mr. Fraser was kind, a good guy around town who was deeply respected by the community.  He was a strong citizen of our rural Nebraska town, and my brother had a particularly meaningful relationship with him through their church.  It was clear that he loved teaching young people, and I’m certain that many of us became highly successful, productive adults because of the confidence he inspired.  He taught more than math, which was significant.  Mr. Fraser was a teacher who saw and heard his students.  He taught us how to be a good human being.

One memory of him stands above all others.  On November 22, 1963, I was walking between classes in 7th grade.  I heard an announcement on the loudspeaker with the terrible news that John F. Kennedy, our president, had been assassinated in Dallas.  I was on my way to Mr. Fraser’s class when it happened.  I remember walking into his classroom, and everyone was crying, including Mr. Fraser.  There was something about the shared humanity of that moment that has stayed with me all these years.  To see a teacher sharing his own sorrow and vulnerability made a huge impact on me.  It was such harsh news to assimilate as a 12-year-old.  In the days that followed, our whole nation was captivated by TV images of the shooting, his young children watching as JFK’s flag-draped casket passed by, and the eventual additional shooting of Lee Harvey Oswald.  It took a long time to come to terms with the loss of that time.  Knowing that our teacher was in it with us made it easier to move forward.

Jim Fraser passed on from this world on December 3, 2020. He was 90 years old.  He dedicated his life to serving the youth of our community.  When I think of how he influenced me, it deepens my conviction to doing the same for the children in our Seed community.  What an honor to have been his student and to be in this profession to keep his legacy alive.