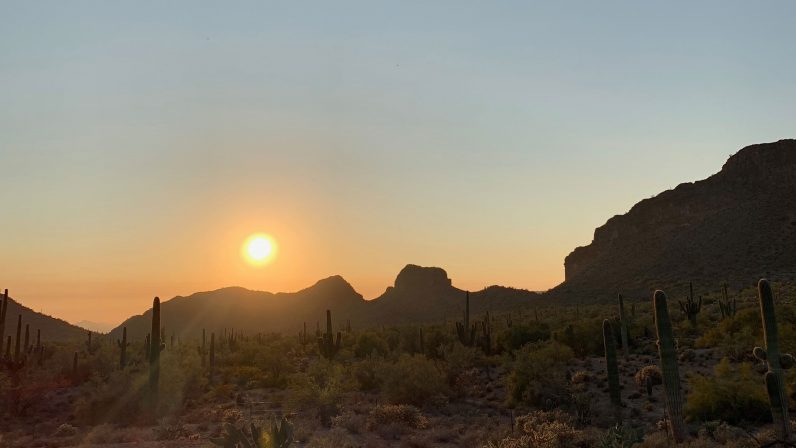 On Sunday we gathered in the desert to celebrate the life of Ralph Peterson, our longtime friend, colleague, and mentor.  Nestled in the San Tan Mountains south of Queen Creek, in the adobe home Ralph and friends built with their own hands, we enjoyed a blue sky afternoon that couldn’t have been more perfect for such an occasion.  Surrounded by the desert mountains and people I’ve known for over thirty years, I soaked in the history, the memories, and the stories.  So many of the people in attendance shaped who I am today and influenced what the Seed offers to children.  The gathering was timely for an idea I’ve been pondering lately.

During one of my recent morning walks, I heard a podcast interview of Chip Conley, who was hired in his 50s by Airbnb to mentor younger members of the company.  Although he was hired as the mentor, he soon realized that he was at the same time an intern.  As time passed, Chip began to see that, in addition to the wisdom he brought through his experience, his presence added value to the company via questions he asked through his lens as a learner.  He further explained his thinking about the importance of age diversity in an organization, which is explained in detail in his book Wisdom at Work:  The Making of a Modern Elder.  In one chapter he explores the idea of “rewiring” versus retiring.

This resonated with recent thoughts I’ve had about my continuing work with Danielle as leaders of the Seed.  I also came to an epiphany about the whole matter of retiring.  I am constantly asked if I’ve retired yet or when I’m planning to do so.  Over and over I explain to others that the word “retire” isn’t really a part of my vocabulary.  I’ve said I might “re-engage” but retiring isn’t exactly in my plan as long as I am still needed at the school.   Nevertheless, I often feel pressure from others to take a certain course of action.  This past week I realized I’ve taken on the retirement storyline because I thought it was expected.

Discovering Chip Conley’s work has given me a fresh perspective to approach this phase of my life.  On Sunday, as the sun set behind the desert mountains, I was aware that it would take time to move through the stages of letting go of the elder who deeply shaped my life.  I also felt a sense of anticipation, looking forward to exploring what it means to be a modern elder.  Additionally, I anticipate composing my own storyline, one that matches what the Seed needs and what I need in the years ahead.