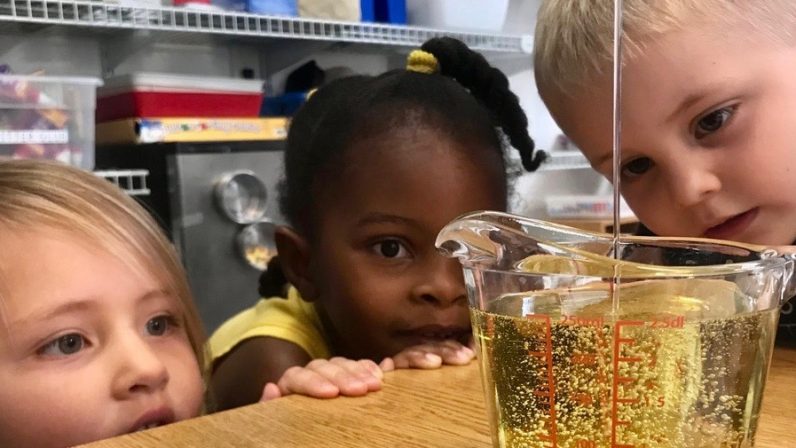 Back to the Grind

Returning after winter break is always a mixed bag of feelings.  On one hand, it seems like we just get used to a more open schedule, then it’s time to get back to our school routine.  I know I wasn’t the only one feeling this on our first day back.  Several parents used the phrase “back to the grind” as they dropped off their children on Monday morning.  That said, it’s always exciting to see what the children do as learners in January.  In two weeks they grow taller, stronger, more curious, and eager to investigate the world around them.  It’s a time of year when progress is measured in leaps and bounds. As a teacher, it’s an inspiring time to be in the profession.

As we begin a new year, it’s also a time for resolutions and intentions.  Over and over I hear that resolutions are often abandoned.  I think this happens in part because they are chosen with the mindset that something is wrong or broken and needs to be fixed.  Intentions, in contrast, focus on how we want to be.  At the beginning of this school year, as a staff we explored the difference between goals and intentions.  We began our 42nd year honoring how/who we were and looked ahead to how we wanted to be.  It’s made a difference.

Over the break I ran across an article (which, unfortunately, I’ve been unable to relocate) that talked about food practices with children.  The author aspired to follow the 80/20 rule with her kids, eating clean, healthy food 80% of the time, and being more lax the other 20%.  Basically, she emphasized the importance of not becoming too rigid or extreme with her family regarding food.  She added one idea that stood out and seemed to be more of an intention than a goal or resolution.

Instead of focusing so much on what she was feeding her children, she decided in the new year she would invite her children to be more involved in food preparation, being a part of what happens in the kitchen, and even having an assigned day of the week to be the family chef.  On his or her designated day, each child would determine the menu, and participate in its preparation.  I love this idea, and I think it applies to more than food with children.

In this new year, it is my hope and intention to think of ways to involve the children in my life more in the decision making process, giving them ownership and responsibility that is meaningful.  As part of my work with both teachers and students, it is my intention to strengthen voices and encourage innovative thinking.  Working this way feels like anything but a grind, and I look forward to the outcomes with great curiosity.  I invite you, in your role as parent, co-worker, supervisor, or leader to try this approach with the population you serve.  No doubt, there will be stories, and I hope to hear them as well.