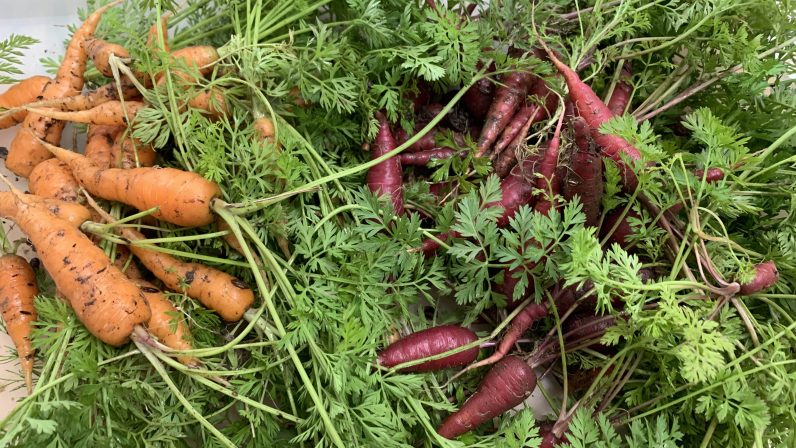 Exactly a year ago today, I left for India.  It was an adventure that changed my life and is still with me.  The orange-pink sunrise, the smell of rose oil, and the flapping of prayer flags in my back yard all carry me back to India.  Lately I’ve been reflecting on the year that has transpired since I returned.  It’s been a most eventful year, filled with inspiration, meaningful work, heartbreak, and the arrival of a seven-month-old bundle of light who brings me joy every day.  All the strength, confidence, and courage I generated to travel as I did, have remained and served me well.

One big lesson I learned from traveling to India was to be ever present in each moment, no matter what is going on.  In taking this approach, it helped me recognize the sacredness of what was before me.  As we went from place to place, I tried to stay focused on where we were at the time, instead of thinking back on what had already happened, or looking ahead to where we were going next.  This devotion to presence showed up this week at school.

I was asked to help with carrot harvesting in the PreK.  They’d already harvested most of their carrots, but a few stragglers remained.  It was noted that one boy in particular was interested in the harvesting process, and as we dug in (no pun intended), a few others joined us.  As part of my assignment, I was asked to record the number of carrots and indicate if they were purple or orange.  The pressure was on to be accurate in our counting.

With a small shovel in hand, I loosened the soil as my small-handed assistants pulled them from the ground. We gave one to a visiting friend who wanted in on the action.  A few of the harvesters also nibbled a carrot or two, so we kept track of that information.  Finally, every small or large carrot was extracted from the soil, so we moved inside for the documentation process.

Although others were given the option to help count, in the end it was mainly two children, the ones most engaged in the harvesting.  They counted carrots in groups of five, and I recorded.  They reminded me how to tally, to “close the gate,” when we completed a set of five.  Some carrots were so tiny they were barely visible, but we included them because our counters insisted.  In the end we counted 175.

The carrots ended up being eaten by the class or washed and taken home to share.  The poster is hanging near the table where we counted, as a record of gardening and counting.  I, for one, felt proud to be a part of this small endeavor.  More than anything, I was grateful to have had the time with the two children who were so passionate about harvesting and counting carrots.  It was a moment where I felt present to something sacred, a time where I set aside my to do list and fully engaged my attention on carrots and children.  These opportunities are so beneficial to our children…and equally to ourselves.