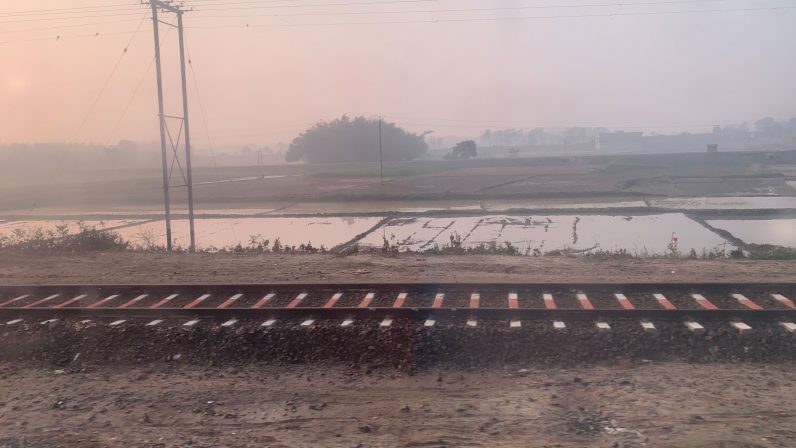 Since returning from India, I’ve thought about air quality.  A lot.  It was one part of the trip for which I was unprepared.  I managed to escape the common digestive tract illness most people contract while traveling, but ended up coming home with a nasty case of bronchitis.  As a result, I’ve appreciated the clean air we breathe in Phoenix.   It’s also made me consider what it would be like to live in a place where air quality is poor all the time, especially for children.  In researching this topic, I discovered that four of the cities we visited in India are on the list of top 50 most polluted cities in the world.  Varanasi, the city where we spent the most time, is number 14 on the list.

Just recently, I read an article about the air pollution problem in Ulaanbaatar, Mongolia. It’s the capital of Mongolia and home to 1.5 million people.  The city has some of the worst air pollution in the world, mostly due to burning coal, especially in the winter to heat homes.  Many of the homes are gers, tent-like shelters inhabited by nomadic herders who have moved to the city seeking a better life.  The situation is particularly hard on children who are more susceptible to lung disease.  This past winter the schools were closed for two full months to minimize children’s exposure to the toxic air.

Another article about air pollution closer to home was equally disturbing.  A March 2019 study by the Proceedings of the National Academy of Sciences says that “researchers found that air pollution is disproportionately caused by white Americans’ consumption of goods and services, but disproportionately inhaled by black and Hispanic Americans.”  In other words, demand for certain pollution-causing products is negatively affecting the lives of people who can’t afford to or don’t use the products, yet those who demand the products aren’t sharing the toxic consequences of the manufacturing process.  It’s another level of inequality in our country that needs attention.

I don’t have answers to these air pollution problems, but it’s certainly led me to reflect on ways I can limit consumption and live in a manner that supports a cleaner environment.  As we approach Earth Day in a few weeks, we will be working as a staff to highlight organizations around the globe that are diligently addressing environmental issues.  We welcome your suggestions of ways to get involved to  help make our air, and our planet, as healthy as possible for our children and future generations.