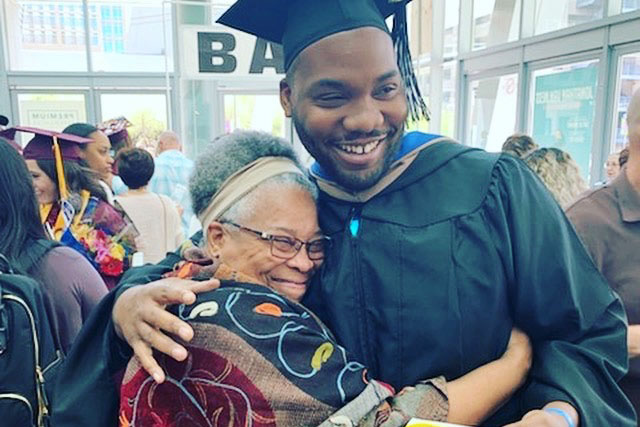 On Sunday we received news that our long time friend, Deborah Cox, passed away.  Deborah and her family have been a part of the Seed’s history for decades.  Prior to retirement, she served as the assistant director of the ASU Center for the Study of Race and Democracy.  It was through Deborah and her family that we became aware of the Tanner Chapel food pantry, to which we’ve contributed truckloads of food for many years.  Although I stayed in touch with Deborah during those years, I knew her best as the mom of Abe and Sam.  Both boys attended the Seed in the 1990s, and have grown up to be fine young men.  The ways in which Deborah and her family touched my life, as well as the Seed, are numerous.

Deborah was a fierce advocate for her sons and appreciated all we did to help them establish a strong foundation for their lives.  Over the years, whenever we saw each other, she’d always give me an update, then add words of gratitude for their family’s time at Awakening Seed.  I also remember Deborah as an ally, long before the term was trendy.  We were able to have open, honest conversations about social justice topics and be allies for each other.  When there was a misunderstanding about a quilt made by my second graders initially used as the cover of my book, Making School by Hand, Deborah was one of several parents who wrote a letter on my behalf.   I always trusted her to be a safe friend, to be someone I could ask any question and receive an honest answer.

The last time I saw Deborah was a few years ago, before she retired from her ASU position.  We met for lunch and talked about her work with college students, particularly the conversations in which she was involved.   Deborah said she realized that the kind of conversations she was having with students needed to happen long before they reached the university level.  We talked about her bringing her supervisor to tour the Seed, with the idea of a potential collaboration.  Our idea didn’t come to fruition, but the type of conversations we envisioned are most definitely happening here at the Seed.

Early this summer, I stepped into the podcast world of Alicia Garza, one of the co-founders of Black Lives Matter.  She has her own podcast, Lady Don’t Take No, and another one, Sunstorm, which is a collaboration with Ai-jen Poo.  Both are conversations with leading activists in a range of fields.   I have dug deep into both archives, and can’t seem to get enough of these conversations.  In many respects, they are my personal curriculum for social justice.  Over the months, I’ve heard Alicia use the phrase “come through” in response to different guests’ comments.  It stuck in my mind.  I looked up the definition and found this: “become apparent or noticeable through actions or performance.”

From my perspective, using this phrase is an encouragement to step into one’s work and make it more visible.  I take it to heart each time I listen to another podcast with these talented women.  I am also receiving Deborah’s passing as an invitation to “come through” and expand my work.  I will carry everything I learned from her as I develop new ways to bring justice to the lives of our next generation of children.